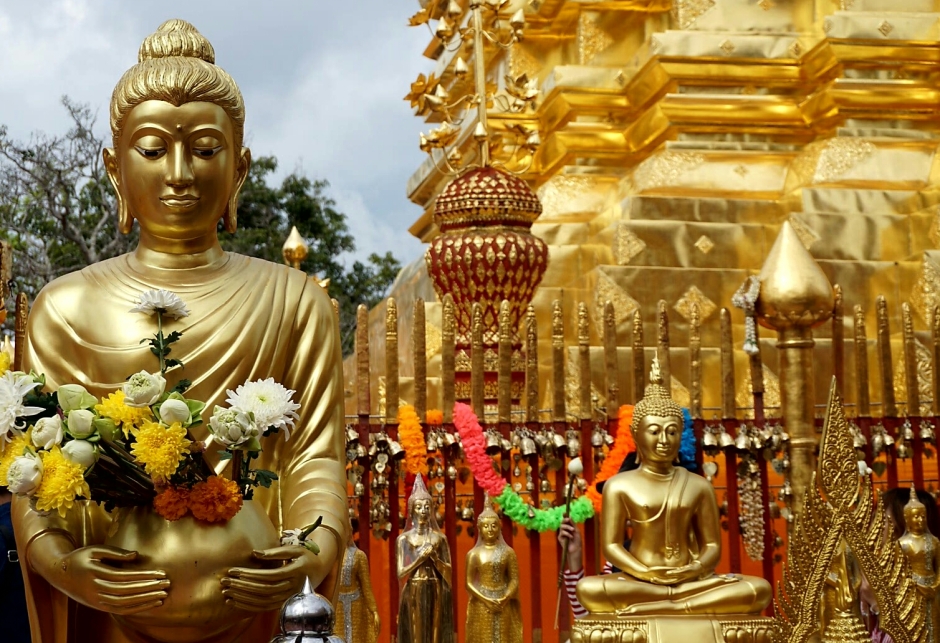 We arrive in Bangkok and head to our hotel ready to see in The New Year. 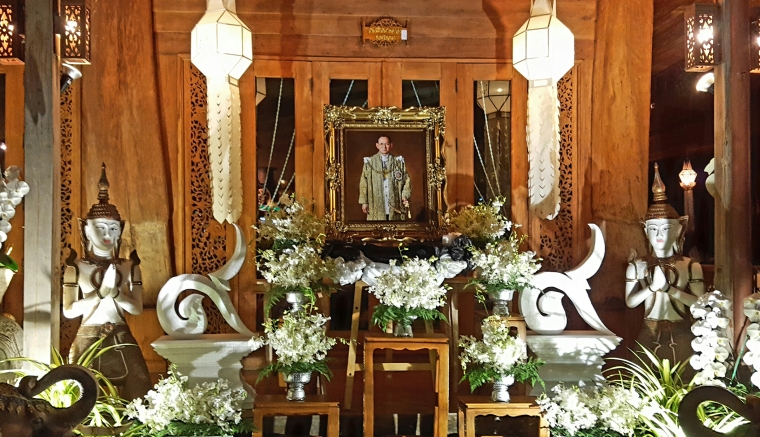 1st thing you notice about Thailand is the amount of black and white fabric draped everywhere and huge pictures of the king who had passed away in 2016 or as called in Thailand 2559. We knew Thailand was in a year of mourning but did not expect to see so much black everywhere. You cannot go anywhere without seeing the respect for the king. In an average kilometer you see maybe 7 or 8 large shrines to him. They are outside all the company’s buildings and inside the lobbys. It’s amazing the time and effort everyone has put in to it. Even the televisions have a broadcast on it every 20 mins or so.

We get to our hotel after our delayed flight in the early hours of the morning and take a peek on the balcony to see we have a lovely temple view. Little do we know that the excitement of the 1st temple will soon drift off. We knew there were alot but Steve got templed out pretty quick with Deb following slowly behind. There are just so many temples everywhere that you have to pick just a couple to look at.

Bangkok is just our mini stop for New Years Eve. During the day we spend our time evading the tourist scams and are disappointed that we don’t get to zoom around in a tuk tuk. Seriously, if you want to save money just take a taxi. The tuk tuks charge on average 4 times more than the cost of a taxi, it’s got A/C and you don’t have to breath in the pollution!

Did we manage to dodge all the scams? Nearly, just over paid for 2 bottles of water, instead of 7 bhat each we paid 15 bhat as it was late and we were so thirsty. Watch yourselves out there, those friendly people trying to help you on the streets seem to always be in the same spot, it’s not a coincidence ????

New Years Eve is spent in Khao San road with buckets of rum and cokes and watching the strangest of people. Steve doing the usual dodgy dancing and Deb doing some rather bad singing but this year no fireworks? Out of respect to the king, fireworks had been banned!

Then it’s time to head off to Chiang Mai to see why everyone raves about it. 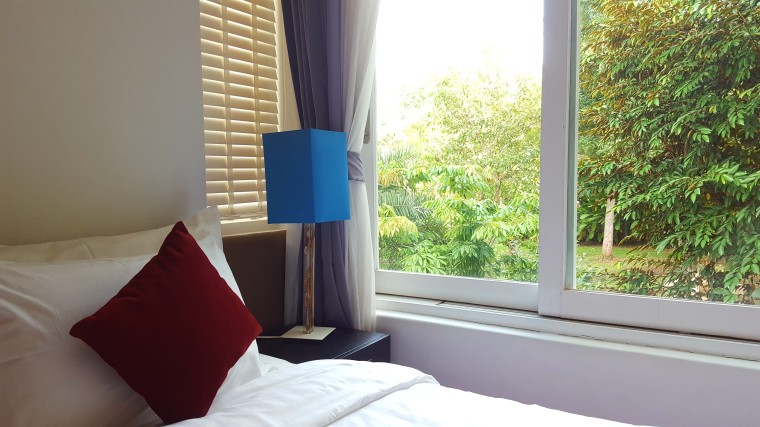 First we stay just outside Chiang Mai for three days to chill out after The New Year and do a bit of reflecting and planning the next part of the adventure. We pick an Airbnb called Monkey House. We are met at the airport and whisked off to the country side. We open our door to an amazing room. The biggest bath we have ever had. How Deb has been missing a lovely bubbly bath and the bed so soft and comfortable we sleep really well.

This was better than most of the 5 star places we had stayed in the past. The owner of The Monkey House was born in the year of the monkey hence the name and also had a business club for the locals called the Monkey Club. He also has an organic farm, surprisingly  this is called Monkey Farm! True local entrepreneur, although he knew nothing about opening a hotel and the marketing, he set to it as he had built a beautiful new home with a dream for his whole family to come live with him but they all had other plans.

May 2016 they opened the doors to guests. Beautiful place and lovely kind staff.. This place came in over our room budget but we make up for it by staying in a hostel for the preceding nights in the centre of Chiang Mai and it was well worth every penny.

Whilst here we took a Songthaew (local red bus) up to the famous temple on the hill, Wat Phra That Soi Suthep and got blinded by a huge amount of gold (and sadly, way too many donation boxes!)

Now it’s sad face time as we have to leave Monkey House and find out what’s in store at the hostel we have booked in Chiang Mai.

Monkey House are such lovely people that they run us into town and drop us off to the hostel.

The Sabia hostel is located in a quiet spot in town and the ensuite room is much bigger than expected for only £10.00 each. The tip to get the best rate in Asia is to look it up on the big hotel booking web sites and then go direct. We on average seemed to be able to save between 20% to 30% by doing this.
Time to do a super wash of clothes and turn our room into a chinese laundry. Last time we used a local laundry and they obviously thought that because we were British that we liked cheddar cheese as all the clothes came back smelling rather cheesy. Yuk. 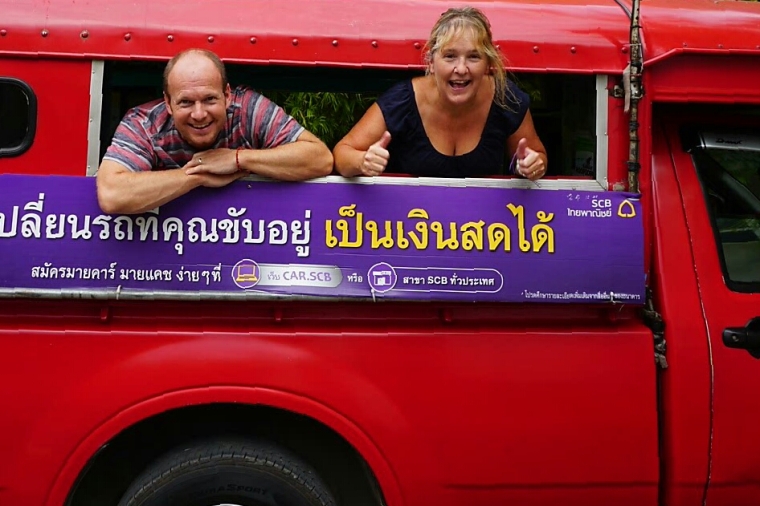