Information about wine region of Rhodes 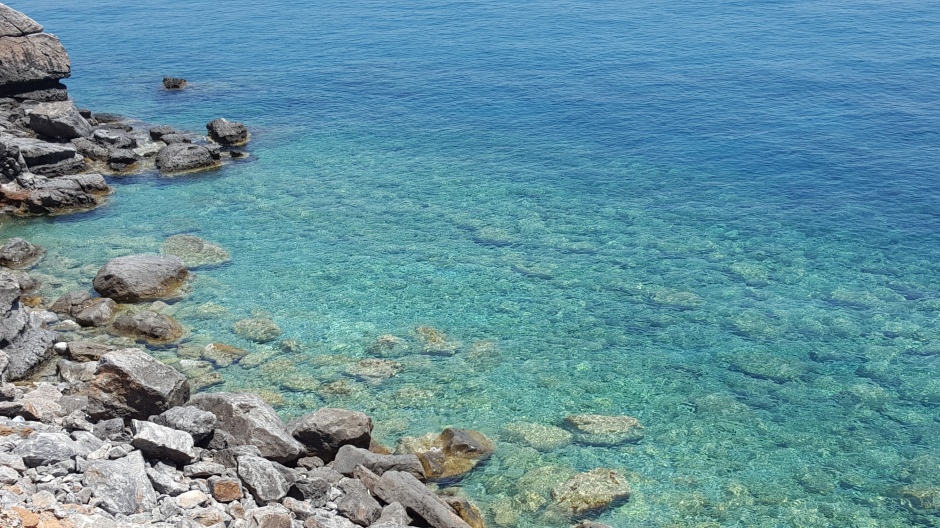 So week 2 in Greece and the weather is still super hot and the sea, so blue and clear. Can’t imagine what it’s like in August?

In fact it’s been so hot that Rhodes has had a forest fire. We heard about it from the locals but it wasn’t until we were driving around exploring and trying to avoid crazy kids on scooters and quad bikes that we really saw first hand the damage it had caused. It had torn through kilometers of forest, a village and the surrounding land and affected people’s lively hoods. The fire engine service were still patrolling.

So who have we met along the way?

Old Greek People.
They’re amazing, they have so much stamina and perseverance. In Symi old town and Chorio (pronounced Horio) where the real locals live, there are so many steps everywhere, no cars just oodles of steps and some very old buildings waiting to be rebuilt.
All day you see little old people wandering around the streets having visited the local shop, laden-ed with carrier bags of shopping struggling their way up the steps in 40◦+ heat. You stop to help them and they really appreciate the fact you offered to help but are so stubborn they won’t let you, they hold your hand and say óchi óchi (no,no) Crazy People! But this lovely little guy did let us help, not surprising really as we were struggling ourselves too.

In the wine village of Emponas, next to the hotel were a couple of lovely old women who watched us walk back and forward to the village whilst sat outside their homes on little stools, they taught us our second set of Greek words, we have to say the 1st word we learnt was Yamas, Cheer!!

Every day we waved and smiled at them saying the right phrase and they would chunter away speaking back to us in Greek and we would be left with no clue as to what they said but they liked the reply and we left them happy. 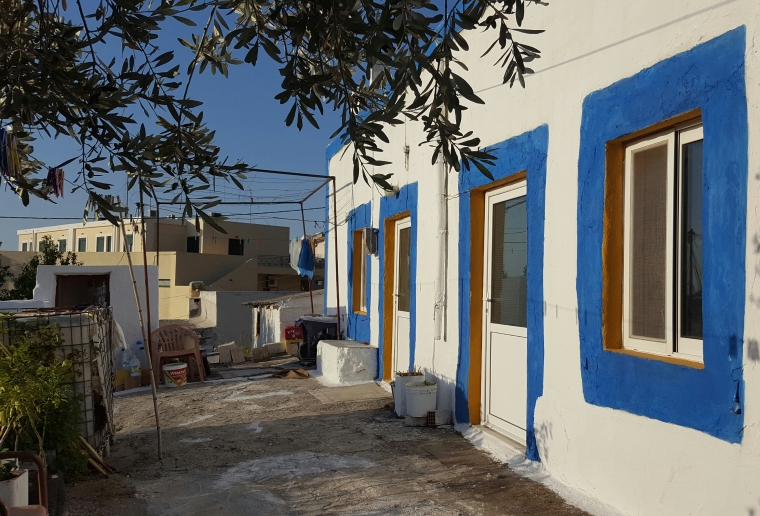 This guy made the best homemade lemonade and work at a beautiful cafe hidden away from the hustle and bustle of Lindos call Rainbird. He also had the best sense of humour and was a great wasp batter! Orange or Lemon homemade cake anyone?

We have spoken about this guy before, we have met his parents, family friends from Austria and his little girl and even popped back to see him on our way back to the airport. We learnt a lot about the solar system and also spent some time asking him about the Greek economy. One of the kindest people we met on the island.

The One Eyed Brothers.

Never judge a sign by its look! So we are in the middle of nowhere going somewhere and we come across a cafe sign, do we, don’t we.. Boys being boys they need feeding.. Lets go in we said. Cutest rustic cafe run by two brothers in their 70s . One only had one eye and was wearing a handkerchief on his head and the other was being followed by a group of over hungry cats. Man, this place had a lovely view over bright blue sea, was cheap, full of friendly locals and had hand cooked chips, the biggest plate full. Everyone was full of smiles and pleased to see us, more embarrassing these guys also spoke English to a degree. 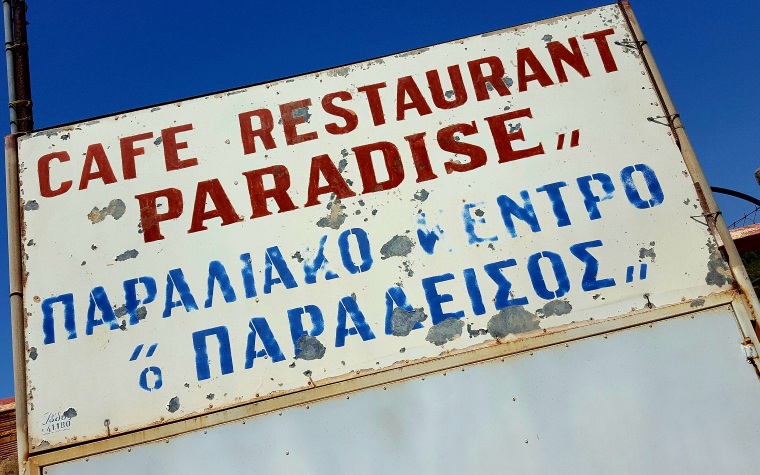 Then you get the opposite end of the scale, the horrific greedy guys trying to rip the tourists off and giving a bad name to others. Please people, watch yourselves in Rhodes Old Town main square, restaurants pitch their lovely roof top terraces and when you get up there you realise that the people you saw there have vanished and the drinks are still on the tables and then you ask to look at the menu before you order anything to find that they want to charge €5 for a coke!! Be brave and just tell them it’s too expensive, walk away and don’t feel guilty as hard as they try to push you back in! Go to the restaurants sitting just inside the city wall.

Title says it all! Poor little donkeys, not something we would do but we did see way too many tourists hand over €5 to be sat on a donkey and rushed and we REALLY DO MEAN rushed up a hill to the Lindos Acropolis by a load of very abusive men hitting the donkeys to go faster and even if the tourists were scared they wouldn’t slow down, then shouting something in Greek to any pedestrians in the way, don’t even want to think what this was!

Off to make homemade pita breads 🙂

Well, it’s all been hot hot hot over in Greece,  46° to be exact! Not quite what we were expecting. Seriously over packed for this temperature but the Greeks weren’t expecting it to be this hot either, just yet!

Talking of being unprepared, just before we left we had a last minute change due to an unresponsive hotel on an island called Tilos, so cancelled our stay and went to an island called Symi instead. We had agreed to pay on arrival but they didn’t ask us when we arrived so we headed off to find the office and it was closed on several occasions. As we had to catch the ferry we had to leave and now they are flapping about the payment and we have to try and find an international Greek bank that are willing to take cash and deposit it in our hosts account as the banks we have visited won’t do this type of transaction due to the high costs involved.

So quick run through of what we have learnt  about travelling and Greece so far.

Shrimps.
When the world’s your oyster but you are not ready to go, start with prawns. In fact Symi shrimps, a speciality of the island. Small juicy shrimps that you eat whole and just leave the tails, if you like prawns these are amazing!

Hire Cars.
Never get a hire car from Eurocar Rhodes. Seriously, we had the oldest, tatty, resprayed high mileage Polo that lasted a day before going back to be swapped due to the engine warning light staying on. Swap was for a 85,000 mile Nissan Micra auto with a wheel bearing gone, the steering wheel off centre, the fan belts loose and the traction control light keeps coming on but she is still getting us around as we are not prepared to go back again to swop it and waste more of our own time.

Greece Smells Nice.
As it’s so warm you can smell the rosemary and thyme in the air.

Rucksacks.
Good idea when accommodation is 374 steps from the ferry harbour. Not that I have counted them 😉

Olives.
Still taste horrible, not that we don’t keep trying them. People, how can you eat them and say they are yummy?

Stergos Manolakas – Astronomy Cafe and Accommodation.
Is an amazing guy who has created fabulous accommodation at a great price and has an astronomy cafe on a cliff top over looking Faliraki. Man, I love looking at the stars and moon through the telescope.

Refugees.
Despite the media drawing to much attention to the immigration issues in Greece we can honestly say we have not seen anything apart from one navy vessel. We haven’t even seen one refugee, what we have seen is the poor people of Greece trying to make a living with the small amount of tourists arriving due to the media hype putting people off. Prices are higher that expected as these guys have to compensate for the lost revenue.

Greek People.
These guys are super friendly and really pleased to meet you. Sadly their English is so good and our Greek so poor.

Mosquitoes.
Don’t be mistaken by thinking that as you are on a dry island near the sea they are not there waiting to nibble you… Ask Steve.

Off wine tasting now and to figure out how to add pages to our blog. 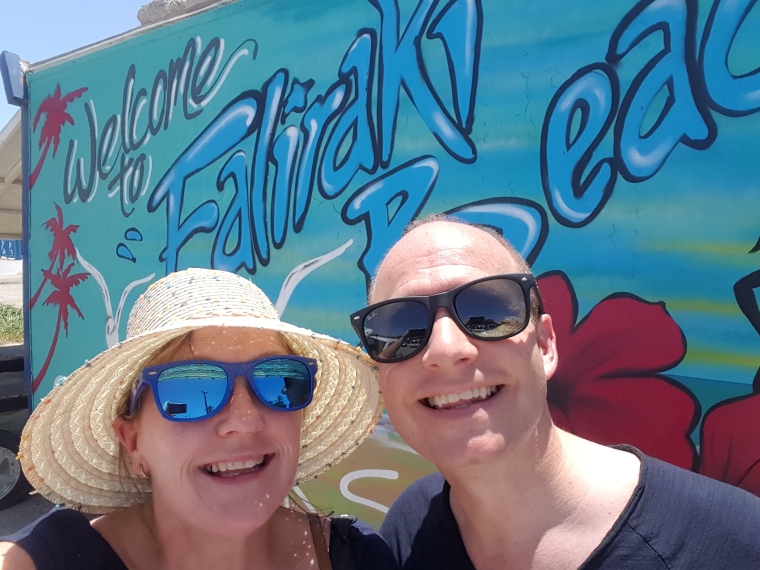